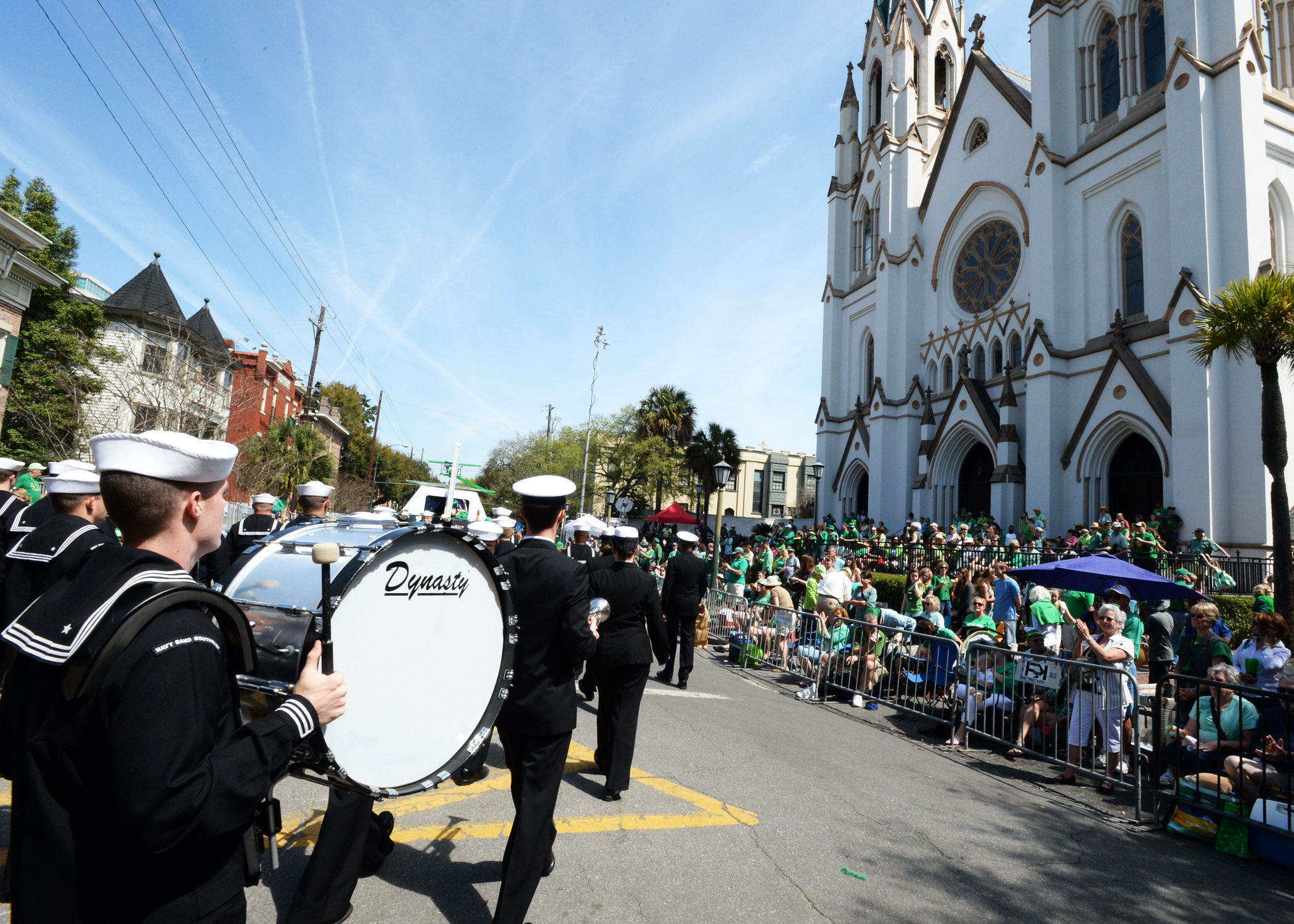 Savannah’s St. Patrick’s Day parade dates back to ) . For a complete history of the parade, click here. Savannah, GA, claims an unofficial record of having the largest attendance of 750,000 Savannah's Historic Park District fountains water is dyed green several days before the parade. Savannah does not have an open container law so beer is usually sold on River Street, Bay Street and in City Market.

The parade in Savannah always takes place on the actual day of Saint Patrick's Day; even if that day is during the work week. It will begin promptly at 10:15 AM.

The parade starts at Saint John the Baptist Catholic Cathedral on Abercorn Street and usually travels through Savannah's Historic Park District and Bay Street. (the specific route changes from year to year)

The parade now includes representatives from Savannah's Irish groups including: Parade website: If you want more information, such as to participate in the parade or become a sponsor, see the parade's official website here...