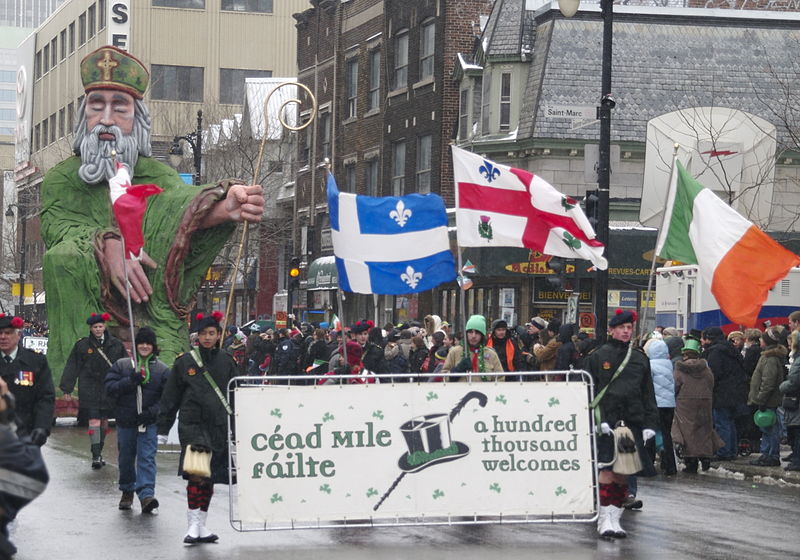 Montreal, Québec's St. Patrick’s Day parade dates back to 1824 and is the longest-running Saint Patrick's Day parade in Canada. St. Patrick's Day has been celebrated in Montreal as far back as 1759 by Irish soldiers in the Montreal Garrison following the British conquest of New France.. For a complete history of the parade, click here.

Montreal's annual St. Patrick’s Day Parade is still up in the air.

The parade now includes representatives from Montreal's Irish groups including:

attracts individuals and groups from around the city and the South including clowns, floats, bands, Bagpipe & Drum Corps, children, dancers, drill teams, and more. All groups are encouraged to participate as long as their unit is appropriate for a “family” event. The emphasis is on children and families in celebration of all of Montreal’s diverse backgrounds on a day when “everybody is Irish.”

View a full list of street and lane closings here .